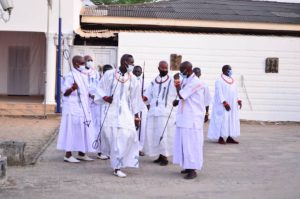 To commemorate the event, a mock battle is keenly staged between the Uzama and Edohun troops 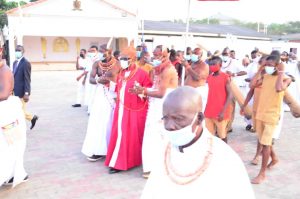