After Tyre Nichols’ death, protesters around the United States have condemned police violence.

by loveth joyce
in crime, news
0

It was recently reported that a Nigerian man, Named  Alika Ogochukwu, has been killed with a crutch in Corso Umberto I in Civitanova Marche, Italy. immediately the onlookers contacted the police ambulance service for an intervention to rescue life, Ambulance services tried various ways to revive Ogochukwu but failed as he was pronounced dead at the scene. 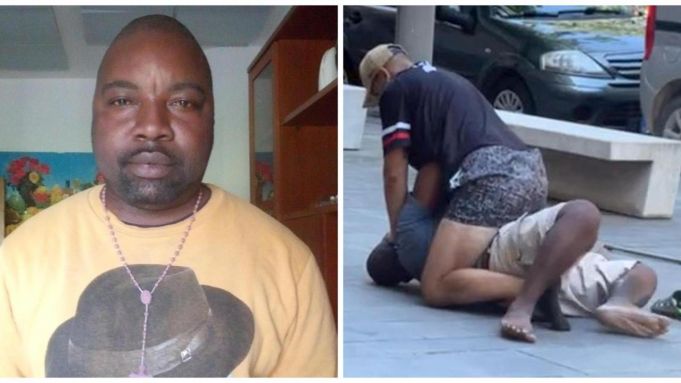 A correspondent to standard Gazzetta reported that “the incident happened around 2 pm on 29 July, on the street, in the glare of passers-by who stood and watched as a 32-year-old Italian from Campania sniffed the life out of him, he wrote”

Ogochukwu is to be 40 in November, lived in San Severino March with his family but traveled to the coast, Civitanova, where he was said to have engaged in street begging.

the correspond to Standard Gazette also gathered that Ogochukwu had an accident a few months back and was disabled. His attacker used the crutch he supported himself with to murder him.

The true story of the incident that lead to the sudden death of Ogochukwu is still yet to be verified, But the information gathered was said to have started when  Ogochukwu allegedly talked with the woman who was in the company of the 32-year-old Italian.

With the ongoing investigation of the standard Gazette correspondent, was able to speak with a Nigerian resident in the environment by the name of Festus Elemwonbo, an incoming vice President of Nigerian Union Ancona, told Standard Gazette, “it happened close to my house. He is a disabled man who had an accident some time ago. In Italy, if you don’t have a job, you do “Shoroti”, so he was doing that on the street. I heard he argued with the Italian guy, which led to the fight.”

It was also related that his body remained on the ground, on the sidewalk, in front of the shops, in front of passers-by, covered in a white sheet by the police. The attacker was arrested as the police team led by Claudio Rastrelli arrived at the scene. The Nigerian embassy has been informed and is yet to make an official statement.

The correspondent to the Standard Gazette contacted his wife, Vero C Severino, for comment and is yet to get a response. update coming up soon.!!! video attached